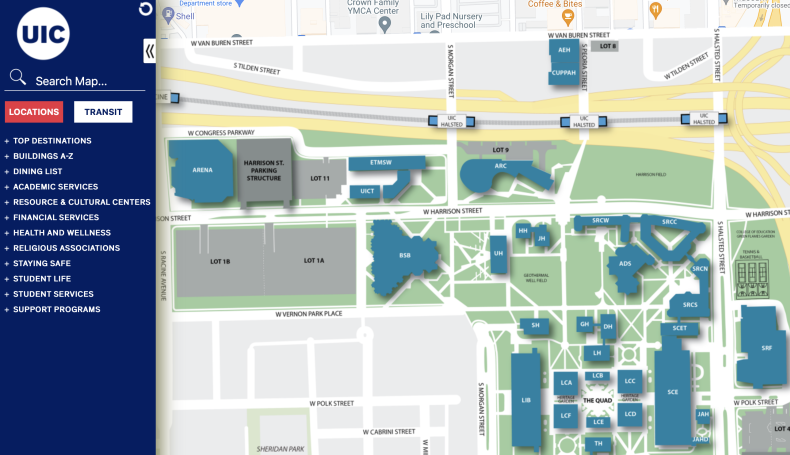 The School of Art & Art History is located on the East Side of the UIC campus. The UIC campus is readily accessible by car, train, or bus. For a street address for a specific department, please see the UIC Maps website.

UIC is served by CTA trains (the “L”), Blue Line train (UIC-Halsted and Racine stops) and the Pink Line train (Polk stop), connecting the campus with downtown, O'Hare International Airport, northwest and west side neighborhoods of Chicago, and the western suburbs of Oak Park, Forest Park, and Cicero.

In particular, the 7 and 60 buses run from downtown west on Harrison St., connecting the commuter rail hubs to the campus:

The UIC campus is also two blocks west of the Greyhound Bus terminal.

Detailed travel information is available from the Regional Transportation Authority's Travel Information Center or 836-7000 from any area code in the RTA service area (area code 312 from outside the area.)