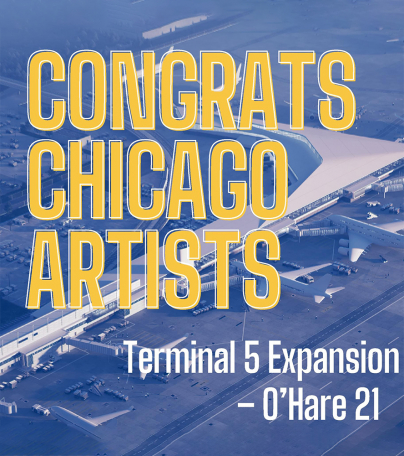 Congratulations to all the SAAH folks that will take part in the Terminal 5 Expansion public art project at O’Hare International Airport!

As part of Behar X Schachman, Art History alum Ionit Behar, will be curating and designing the Terminal 5 Expansion public art project, which will include new large-scale commissions by a few of our faculty and alums—Nelly Agassi, Faheem Majeed, Edra Soto, and Selina Trepp.