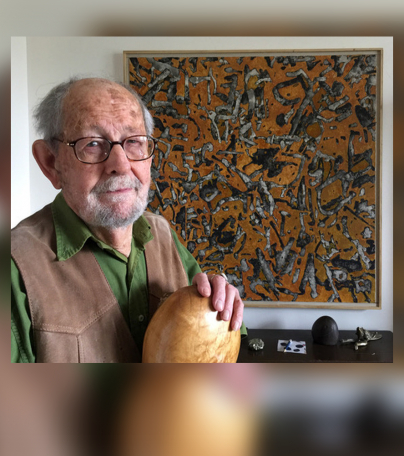 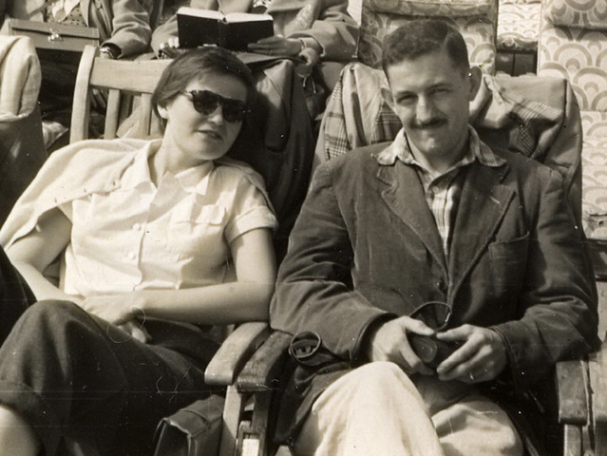 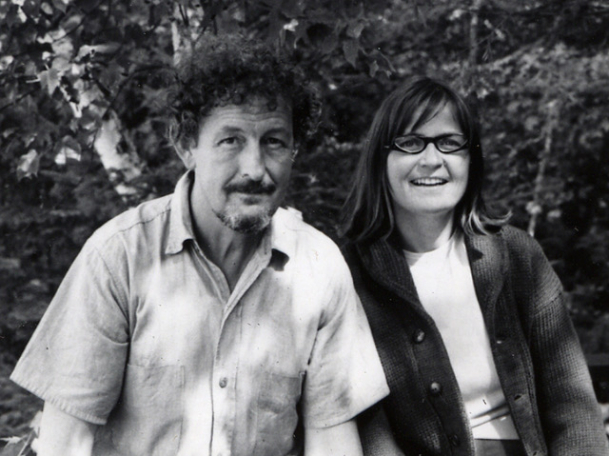 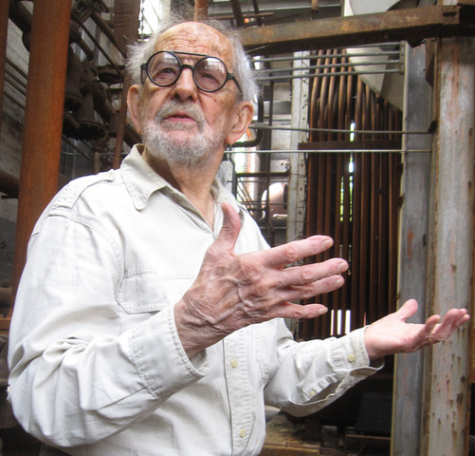 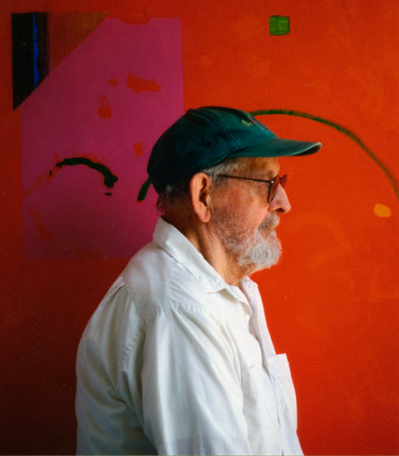 Beginning about two months ago Roland appears to have had a series of small strokes. This impaired the use of his right hand. Surprisingly his ability to write / draw recovered quickly as did his sharp mind and ever ready wit. On February 5 he again had an incident to the degree that it was determined it would be best to move him to nursing for more extensive support. Roland rallied somewhat over the next two weeks and there was hope for recovery yet there was a turn and he began to distinctly diminish in his final two days. Roland passed at 8:15 on a beautiful sunny morning bathed in brilliant snow reflected light.
Roland Ginzel passed away peacefully of natural causes on the morning of February 25 aged 99 years, 9 months and 25 days in Lenox, Massachusetts.
Roland was a painter, printmaker and educator who was actively painting until shortly before his demise.
Roland was born May 7, 1921 and raised in Lincoln, Illinois to prominent architect Roland Ginzel and his wife Mabel Armstrong. After attending Lincoln College he enrolled at the Art Institute of Chicago in 1940. With the advent of the Second World War Roland joined the United States Coast Guard and was stationed at various sites on the Atlantic coast and Sanibel Island, Florida. Upon discharge in 1945 he returned to the Art Institute of Chicago completing his BFA in 1948. That same year he married classmate and fellow artist Ellen Lanyon. They subsequently competed their MFAs at the University of Iowa in 1950 where he worked with Mauricio Lasansky. Roland’s postgraduate studies occurred at The Slade School as well as the Central School of Arts and Crafts in London, UK while Lanyon was on a Fulbright Fellowship. He was awarded a Fulbright Scholarship to Rome, Italy for the years 1962-63. Roland taught printmaking and seminars at the University of Chicago from 1952 to1954. Subsequently he taught painting and printmaking at the University of Illinois from 1955 to retiring as Professor Emeritus in 1985. Post-retirement he received an Honorary Doctorate from Lincoln College and taught at the Parsons School of Design and Columbia University while working and residing in both New York City and the Berkshires of Massachusetts.

Roland is considered one of the pioneering abstractionists of Chicago; his art also serves as an early example of an abstract style not traditionally associated with Chicago's art history.

Roland's unique brand of abstract painting, using patterns of shapes, lines, and colors dispersed about the picture plane, has merited the exhibition of his work at The Metropolitan Museum of Art, MoMA and the Whitney Biennial in New York as well as showings throughout Europe and Japan. Roland has referred to his paintings with phrases like “lyrical formalism” and “soft geometry” suggesting a poetic use of abstract forms and a connection to Surrealism, respectively. Despite the strong figurative presence in Chicago art, Roland has maintained an unwavering devotion to abstract painting. His long-term dedication to abstraction makes him one of the most singular and individualistic figures in the spectrum of postwar Chicago art.

Roland was involved in creating important arts organizations and exhibitions in Chicago. While attending the School of the Art Institute of Chicago, Roland was among the students from SAIC and the Institute of Design (including Leon Golub, Irving Petlin, Robert Nickle, and Ellen Lanyon) who organized Exhibition Momentum in response to the exclusion of students by AIC from their Chicago & Vicinity shows. In 1953 Roland founded (with Lanyon and others) the non-profit Graphic Art Workshop, a center for printmaking practice and exhibition. The workshop was damaged by fire in 1955 and closed in 1956. Roland was active in Phalanx (1964-1967) as well as PAC (Participating Artists of Chicago} from 1966 to 1969.

During the three decades after Roland 's return to Chicago from Europe in 1951, he was included in important shows of Chicago artists, including many of the Exhibition Momentum shows. He was featured in the " First Chicago Invitational" of 1962, sponsored by the Frumkin and Holland galleries; the Phalanx 3 exhibition of 1965; "Exhibition 150" at Barat College in Lake Forest in 1968 (celebrating the sesquicentennial of the State of Illinois); and " Abstract Art in Chicago" at MCA in 1976. Gallery 400 at UIC honored Roland's forty years as an artist and an instructor at the university with a retrospective in 1986.

Roland was part of the group (including Richard Hunt, Miyoko Ito and Seymour Rosofsky) that showed at the short-lived Superior Street Gallery from 1958 to 1961 and was later represented by the B.C. Holland Gallery, Dart Gallery and the Roy Boyd Gallery.

Roland is survived by his children, Andrew and Lisa and his grandson, Walker.

Maggie Taft (Editor), Robert Cozzolino (Editor); Art in Chicago: A History from the Fire to Now; University of Chicago Press 2018