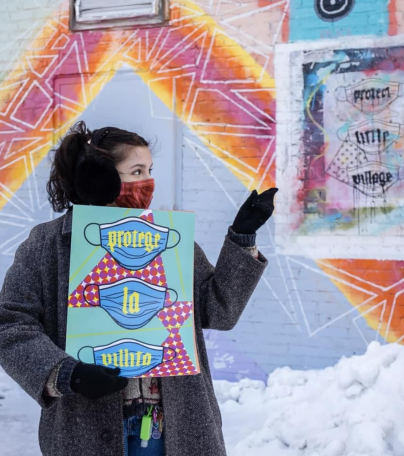 This week, the Chicago Sun-Times has a story about Silvia Morales, a BFA in Art Education major at UIC. Morales, according to the story, is “beginning to make a name for herself in Little Village’s public art scene.” “Morales’ work is largely a commentary on social injustices and the need for unity among Black and Brown people on the Southwest Side. Her first major mural was painted with her own students outside Ald. Mike Rodriguez’s (22nd) office and calls for harmony between Little Village and Lawndale residents,” according to the story.
https://go.news.uic.edu/Littlevillageart-Morales