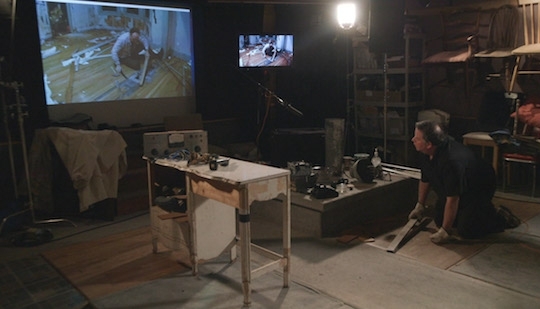 From Jan. 16 through 26, cinephiles flock to Park City, Utah, for the Sundance Film Festival, one of the biggest independent film festivals in the United States. Associate Professor of Art,

Deborah's film,  Hacked Circuit, will screen on the Documentary Shorts Program.  The film is a choreographed portrait of the Foley process, shown in a single shot. Foley artist Greg Barbanell (Film/Video BFA 77) is shown doing sound design over the final sequence for the film The Conversation wherein Gene Hackman's character tears apart his room in search of a bug he suspects to have been planted. It is a film that exposes the typically invisible support mechanisms of filmmaking, while posing questions about government violations of privacy.