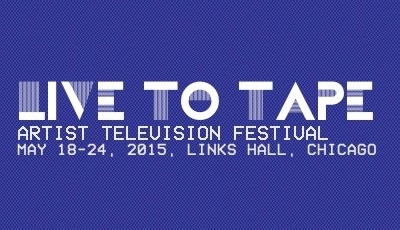 About Live to Tape

Seven days of live talk shows, historical and contemporary moving image works and commissioned performances, television-as object, as concept, as antagonist, as material, as form, as inspiration-is unscrambled and reconceived. By turns hilarious and heartfelt, wonky and wild, Live to Tape gives us a glimpse into the futures and pasts of artist television. Over the course of the festival, Live to Tape will present a wide variety of performances and screenings organized into eight different programs: Aesthletics, The Sitcom Set, Dial-A-Soap, Ecstatic Static, No News, Make Me Psychic, Cable Excess and Sketch Book. Each program will consist of a video screening followed by a talk show. Click here for more information on the festival schedule.

Jesse Malmed is an artist and curator, working in video, performance, text, occasional objects and their gaps and overlaps. He has performed, screened and exhibited at museums, microcinemas, film festivals, galleries, bars and barns, including solo presentations at the Museum of Contemporary Art Chicago, Museum of Contemporary Photography, University of Chicago’s Film Studies Center, Chicago Cultural Center among others. Additionally, Jesse programs at the Nightingale Cinema, co-directs the mobile exhibition space Trunk Show, programs through ACRE TV and spends part of each summer as a Visiting Artist Liaison with ACRE. His writing has appeared in Incite Journal, YA5, OMNI Reboot, Big Big Wednesday, Temporary Art Review, Bad at Sports and Cine-File. A native of Santa Fe, Jesse earned his BA at Bard College and his MFA at the University of Illinois at Chicago. He was named a “2014 Breakout Artist” by Newcity, is a DCASE In The Works resident and was recently commissioned to create a film with ONO for the Chicago Film Archives.