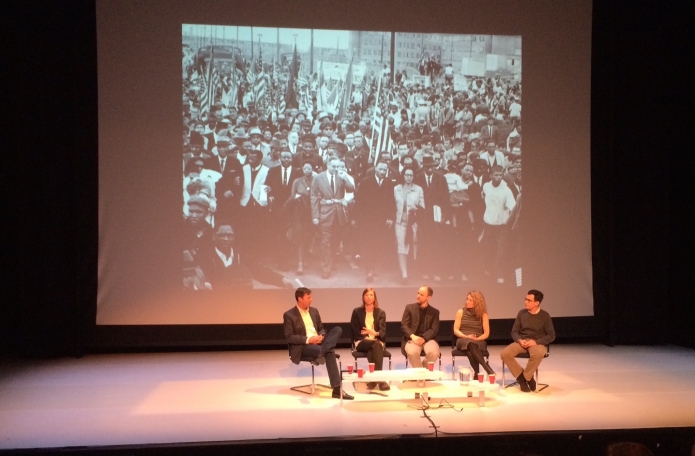 "An inquiry into the relationships between power and social change."

The Seldoms, Bodies on the Line

This past weekend, S. Elise Archias (Assistant Professor of Art History), spoke during a talk at the MCA titled: The Seldoms, Bodies on the Line. Speakers gathered to discuss power’s role in making—or blocking—progress toward a better world. The discussion was moderated by Michael J. Kramer, historian on the faculty of Northwestern University, editor at the MCA, and dramaturg for The Seldoms.

Other speakers included: Choreographer Carrie Hanson, Hanson's collaborator Stuart Flack (playwright), Mark K. Updegrove (Director of the LBJ Presidential Library and author of Indomitable Will: LBJ in the Presidency), Michael C. Dawson (John D. MacArthur Professor of Political Science and the College at the University of Chicago; founding director of the University’s Center for the Study of Race, Politics, and Culture; and author of Behind the Mule: Race and Class in African-American Politics and Black Visions: The Roots of Contemporary African-American Political Ideologies)