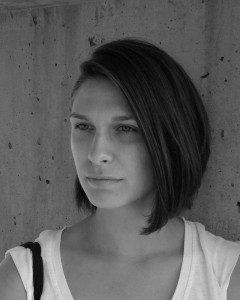 Meredith Lackey (MA '15) is the recipient of the Princess Grace Foundation Film Honoraria for 2014.

Meredith Lackey is an experimental filmmaker interested in the sensible elements of global networks. Through semiotic and sonic montage, her films tease apart the literal image to create experiential encounters with the postmodern sublime. She earned her B.A. from Hampshire College, and is currently an M.F.A. candidate at the University of Illinois Chicago.

The Princess Grace Foundation USA, which was established by Prince Rainier III of Monaco after the princess’s death in 1982, announced the winners of the 2014 Princess Grace Awards for emerging artists in dance, theater and film, as well as scholarships in those fields. The winners are nominated by schools and nonprofit performing companies, receive various amounts of money, depending on their needs, as well as a pin by the jewelry artist Alex Soldier. This year the foundation’s awards total nearly $1 million.